County News is sponsored by:

LURAY, April 27 — It took an hour and 37 minutes, nine different motions and multiple consultations with legal counsel for the Page County Board of Supervisors to ultimately decide to do nothing.

And even that took four attempts.

The tax rate on real estate in Page County will remain at 73 cents per $100 of assessed value for the upcoming fiscal year following a vote at last Tuesday’s board meeting. However, tax bills will still rise due to new reassessed property values that go into affect Jan. 1, 2022. The impact of reassessment on taxpayers prompted supervisors to strongly resist any notion of a tax increase in the next budget cycle, despite $5 million in additional requests from county agencies.

“We need to make sure we don’t drive people out of their homes because we keep raising rates on people,” District 2 supervisor Allen Louderback said. “We might be able to revisit some of these things in the future, but right now we have to deal with what’s in front of us.”

In 2001 — 20 years ago — the real estate tax rate stood at 74 cents per $100 of assessed value. It was lowered to 63 cents in 2003, and then lowered again to 48 cents in 2007 as a means of “equalization” following higher reassessments. However, a stern stance by supervisors to not raise taxes over the next four years — as costs increased — created a funding bubble that burst a decade ago when the rate jumped 33 percent from 48 to 64 cents in 2011.

“We’ve got some needs. It’s not a wish list,” District 3 supervisor Mark Stroupe said last Tuesday. “Students are the future, I agree. There are needs that need to be met, and I am for finding a way to do it without a tax increase.”

It would have taken a seven-cent increase on the real estate tax rate just to fund the additional $1.4 million in local spending requested by Page County Public Schools.

“We don’t want to raise the taxes, but we want to provide the services,” board chairman Morgan Phenix said, noting the “double jeopardy of reassessment.”

The more than 90-minute discussion about tax rates never extended beyond the rate on real estate. All other county tax rates will remain the same as well in FY22, including three rates that were reduced last year.

Last April, the county’s personal property (vehicles) tax rate was lowered from $4.59 to $4.40 per $100 of assessed value after being noted as the third-highest in the region at the time. The tax rate on machinery and tools, as well as motor carriers, was lowered from $2 to $1.50. There was no change in the $0.50 rate on aircraft, or the 73-cent tax rate on real estate. Last year’s tax reduction resulted in $411,879 in less revenue.

After a brief public hearing and a statement from each supervisor last Tuesday night, it seemed the six-member board was basically on the same page — a 14-cent hike, or even an eight-cent increase, on the real estate tax rate was out of the question. However, the ability to find ways to fund at least some of the additional requests — mostly from the school system and the sheriff’s office — was within reach.

Over the next hour, board members would submit nine motions on the real estate tax rate.

The first motion came from District 5 supervisor Jeff Vaughan to lower the rate by three cents (to 70 cents per $100 of assessed value) thus reducing county revenue by an estimated $615,000. Vaughan stated that he felt the county could sustain a tax reduction due to additional revenue anticipated from reassessment, landfill operations and federal grants and “still be ahead of the revenue stream we currently are bringing in.” The motion died when it did not receive a second from another board member.

The second motion came from District 4 supervisor Larry Foltz, to keep all tax rates the same as the current fiscal year. Vaughan seconded the motion, but it failed in a 3-3 vote with only Louderback and Stroupe joining Foltz. The third motion again came from Vaughan, this time to lower the tax rate by one cent (to 72 cents), thus reducing the anticipated revenue by only $205,000. That motion also failed to gain a second and died on the floor.

The fourth motion on the real estate tax rate seemed to do the trick — and it was the same as the third motion. After checking with Vaughan to see if he had it right, Phenix made a motion to reduce the rate by one cent, which was seconded by Vaughan. Only District 1 supervisor Keith Guzy and Stroupe voted against the motion, and it passed, 4-2.

The action to reduce county revenues even further in light of $5 million in requests all labeled “needs” obviously took county staff and several in the small audience by surprise.

“I think we’re all in a little bit of shock,” County Administrator Amity Moler said as she prepared for the second of four public hearings planned for the evening.

“I’m stunned we just lowered the tax rate after all the discussions we’ve had,” Dr. Wendy Gozalez, superintendent of the local school division, told supervisors shortly after the vote.

But the matter was far from resolved, and the words of several speakers began to resonate in the chairman’s mind. As speakers approached the podium and addressed the board, supervisors consistently left the table to consult with the county attorney about the previous vote. The main questions seemed to be — could the chairman make a motion (the answer is yes), and could the board bring up a motion to reconsider the tax rate? Again, yes.

So, after 14 residents voiced their opinions on the budget either in person or through submitted written statements (most supporting full funding for the schools), the chairman had a change of heart and entertained a motion to revisit the tax rate.

“I am very much in favor of not hitting people with more taxes…on top of a reassessment,” Phenix said. “However, I recall very much being in the school system.”

Louderback reluctantly made the motion to reconsider, which was seconded by Vaughan. But they were still confused as to why the board needed to reconsider the issue.

“It grows on me, that we’re hanging ourselves,” Phenix responded. “Here we go once again stepping backwards.”

“I regret it,” Phenix responded, “and I don’t mind owning up to it. I don’t feel good. It just happened too quick.”

“I don’t want to sound like a bunch of clowns here, but we need to come to these meetings prepared to make a decision and vote on them,” Vaughan said.

The District 5 supervisor then expanded on his idea of how to bridge the funding gap, which may have tipped his hand in his stance on the proposal to bring utility-scale solar farms to Page County.

“I think we’re missing the boat here,” Vaughan said. “We’re reducing the rate by one cent… but what I’m saying is this county needs to roll up its sleeves and generate some revenue to make up that kind of loss and not put the burden on the taxpayers. But we haven’t done that.”

Earlier in the meeting, District 4 supervisor Larry Foltz made a similar statement.

“We need business in this county,” Foltz said. “We can’t keep saying no to everything that wants to come here.”

The supervisors voted, 4-2, to reconsider the motion on the tax rate. With that motion passing, the board then voted a second time on a one-cent reduction in the real estate rate. This time, the motion only drew support from Vaughan and Foltz, so it died, 2-4.

All of this brought the board back to its second motion of evening — leaving everything just like it is — no tax increases. This took three more attempts at a motion. Vaughan tried to make the motion, but he had been on the losing side of the previous motion and could not (motion must come from the prevailing side). So, Stroupe made a motion to leave everything as it is — no tax increases. It passed 5-1, with only Guzy dissenting — but (for some reason) they weren’t sure if the vote (or maybe the motion) was proper. So, they did it again. Vaughan made a motion to leave everything the same — no tax increases. The motion then passed 4-1, with Guzy dissenting — and Vaughan abstaining.

So, now the real work begins. What will stay and what will get cut? Supervisors are hoping that at least some of the “needs” presented by county agencies will get filled through additional revenues streams:

• Battle Creek Landfill is projected to generate $3 million in profit next fiscal year, compared to around $1 million this fiscal year;

• Half of the anticipated $4 million in American Rescue Plan funds to be distributed over two years;

• Portion of $14 million in general fund reserves to be used for capital improvements.

The board of supervisors is planning to hold an additional budget meeting at 5 p.m. on Wednesday, April 28 before potentially adopting the budget on Tuesday, May 4.

Click on the link below to watch the April 20, 2021 board of supervisors’ meeting 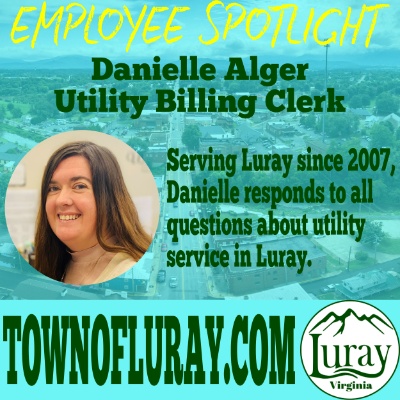